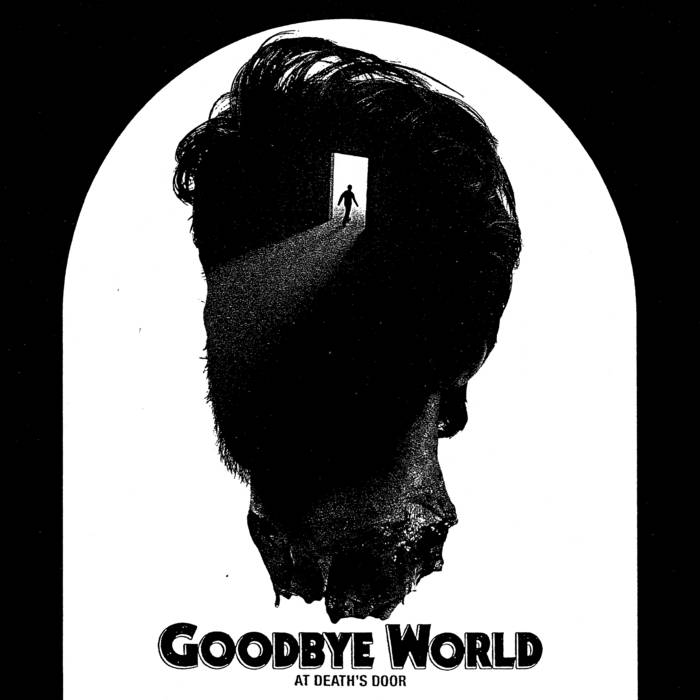 Rendsburg It's Youth Attack. Must.

pissin in your elevator

As modern music bleeds out in a hopelessly boring death spiral, one must regard the output on Youth Attack like an ancient sword with mystical powers forged out of a comet which makes it glow blue. While undiscerning music fans can be likened to the victims of a serial killer con-man, GOODBYE WORLD are the jaded detectives assigned to the case—and yet, they let the victims die as they deserve in order to protect the sword and deliver it to its rightful owner—you. On At Death's Door there is no time for negotiation; in only 12 minutes, legendary frontman Aaron Aspinwall comes out guns blazing and wreaks havoc over a hurricane of riffs and drum beats that hit like a ton of bricks and once the smoke clears the megaforce of Jeff Jelen, Mark McCoy, John Menchaca and James Trejo are standing in the rubble.

This exciting debut LP features 15 hardcore songs laden with wild guitar solos and psychotic drum fills and lyrics about gore-soaked car crashes, being hacked to pieces, hanging out in graveyards and driving off of cliffs—all of which culminate in a sound that only YA can produce: say hello to GOODBYE WORLD.

Recorded, mixed and mastered by Will Killingsworth at Dead Air Studios.

Featured sounds from Fly Lo and Ahmed Idris, plus Mother Nature hops on to drop off new project